How Much a Dementia Patient Needs to Know 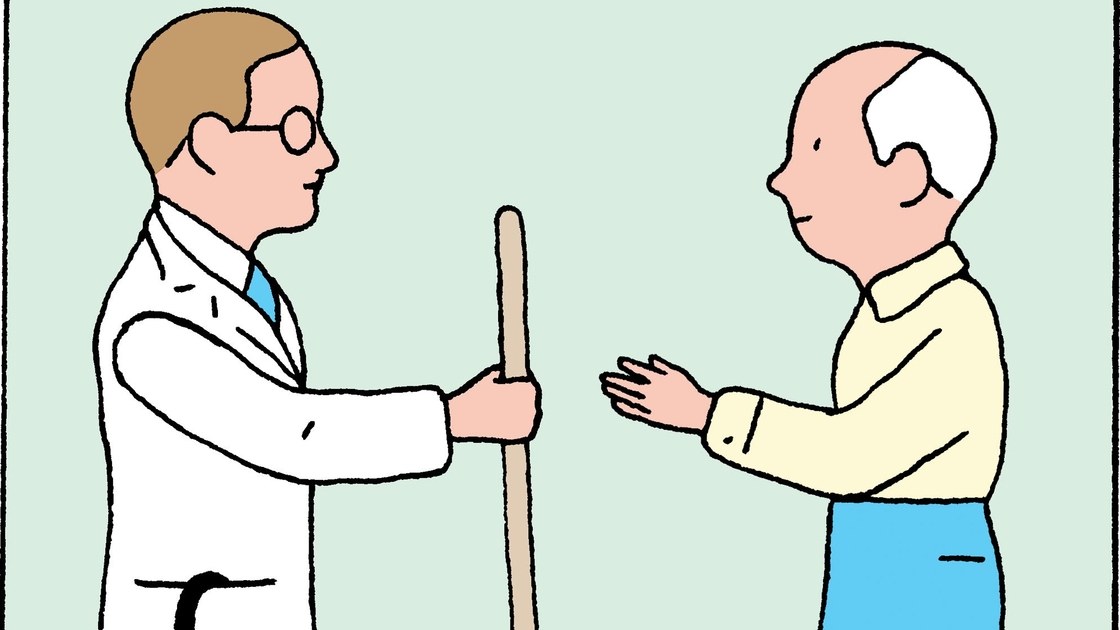 Oliver Sacks asks, Should a doctor replace an accustomed identity with a meaningless “reality”?

Source: How Much a Dementia Patient Needs to Know

Even before my own medical education, I learned an essential truth about doctoring from my parents, both physicians: that being a physician involves much more than handing out diagnoses and treatment; it involves playing a role in some of the most intimate decisions of a patient’s life. This requires a considerable amount of human delicacy and judgment, no less than medical judgment and knowledge. If there is a serious, perhaps life-threatening or life-altering condition, what should one tell the patient, and when? How should one tell the patient? Should one tell the patient? Every situation is unique, but, for the most part, patients want to know the truth, however dire it is. They want to hear it delivered with tact, though, and with a sense, if not of hope, then at least of how such life as they have left can be lived in the most dignified, fulfilling way.

Such telling assumes a whole other order of complexity when a patient has a form of dementia, for here one is intimating a sentence not only of death but of mental decline, confusion, and, finally, to some degree, loss of self.

This became particularly complicated, and tragic, with Dr. M. He had been the medical director of a hospital where I worked, and he had retired in his seventies. But a decade later, in 1982, he came back—this time as a patient with moderately advanced Alzheimer’s. He had started to have major difficulties with recent memory, and his wife described him as often confused and disoriented—and sometimes agitated and abusive. She and his doctors had hoped that admitting him to the hospital where he once worked, with surroundings and people he might find familiar, would have a calming and organizing effect on him. I myself and some of the nurses who had worked for Dr. M. were aghast when we heard of this—first that my former chief was now demented, and then that he was to be institutionalized in, of all places, the hospital he had once ruled over. It would be horribly humiliating, I thought, almost an exercise in sadism.

A year after his admission, I summarized his state in a note for his chart:

I have the melancholic task of seeing my former friend and colleague, now fallen upon such evil days. He was admitted here just a year ago, with the diagnosis . . . of Alzheimer’s disease and multi-infarct dementia. . . .

The first weeks and months here were exceedingly difficult. Dr. M. showed incessant “drive” and agitation, and was put on phenothiazines and Haldol to calm him. The effect of these, even in very small doses, was to cause severe lethargy and parkinsonism—he lost weight, he fell constantly, he became cachectic, looked terminal. With the cessation of such drugs, he has regained his physical health and energy—walks and talks freely, but requires constant attendance (for he would wander off, and is erratic and unpredictable in the extreme). There is striking fluctuation in his mood and mental state—he shows “lucid moments” (or minutes), and returns to his formal, genial personality, but for most of the time is lost in severe disorientation and agitation. Undoubtedly the relation with a devoted attendant is good—and the best we can do. But, unhappily, he is driven and distraught for [much of the time].

It is difficult to know how much he “realizes,” and this fluctuates profoundly, almost from second to second.

He enjoys coming to the clinic and yearning of “the old days” with [the nurses]. He seems most at home here, doing this . . . and at such times may be amazingly coherent, able to write (even write prescriptions!).

At such moments, when Dr. M. stepped into his prior role as a hospital director, the transformation was amazingly complete, even if brief. It happened so quickly that none of us quite knew how to react, how to handle this unprecedented situation. But these were rare interludes in his frenzied, driven life. In his chart, I wrote:

He is always “on the go,” and for much of the time seems to imagine he is still a doctor here; will speak to other patients not as a fellow patient but as a doctor would, and will look through their charts unless stopped.

On one occasion, he saw his own chart, said “Charles M.—that’s me,” opened it, saw “Alzheimer’s disease,” and said, “God help me!” and wept.

Sometimes he fails to recognize Dr. Schwartz, sometimes he fondly calls him “Walter.” And I had a very similar experience this morning: when he was brought into [my office], he was very agitated and driven, would not sit down, let me talk with him [or] examine him. A few minutes later, by chance, when I passed him in the corridor, he instantly recognized me (having forgotten, I think, that he had seen me a few minutes before), called me by name, said, “He’s the best,” and asked me to help him.

Mr. Q. was another patient, less demented than Dr. M., who resided in a nursing home, run by the Little Sisters of the Poor, where I often worked. He had been employed for many years as the janitor at a boarding school and now found himself in a somewhat similar place: an institutional building with institutional furniture and a great many people coming and going, especially in the daytime, some in authority, and dressed accordingly, others under their guidance; there was also a strict curriculum, with fixed mealtimes and fixed times for getting up and for going to bed. So perhaps it was not entirely unexpected that Mr. Q. should imagine that he was still a janitor, still at a school (albeit a school that had undergone some puzzling changes). And if the pupils were elderly or sometimes bedridden, and the staff wore the white habits of a religious order, these were mere details—he never bothered with administrative matters.

He had his job: checking the windows and doors to make sure they were securely locked at night, inspecting the laundry and boiler rooms to make sure all was functioning smoothly. He would check the kitchen to make sure all the gas rings were turned off and no perishable food had been left unrefrigerated. The sisters who ran the home, though perceiving his confusion and delusion, respected and even reinforced the identity of this somewhat demented resident, who, they felt, might fall apart if it were taken away. So they assisted him in his janitorial role, giving him keys to certain closets and encouraging him to lock up at night before he retired. He wore a bunch of keys jangling at his waist—the insignia of his office, his official identity. And, though he slowly became more and more demented over the years, he seemed to be organized and held together in a remarkable way by his role, the varied tasks of checking, cleaning, and maintenance that he performed throughout the day. When Mr. Q. died, of a sudden heart attack, he did so without perhaps ever realizing that he had been anything but a janitor with a lifetime of loyal work behind him.

Should we have told Mr. Q. that he was no longer a janitor but a declining and demented patient in a nursing home? Should we have taken away his accustomed and well-rehearsed identity and replaced it with a “reality” that, though real to us, would have been meaningless to him? It seemed not only pointless but cruel to do so—and might well have hastened his decline. ?