Choosing the Right Approach for the Situation 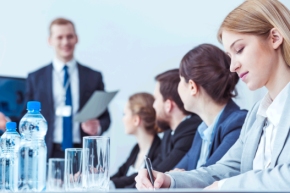 There are as many approaches to leadership as there are leaders, from Lewin’s Leadership Styles framework of the 1930s to the more recent ideas about transformation leadership. There are also many general styles, including servant and transnational leadership. Building awareness of frameworks and styles can help you to develop your approach and to be a more effective leader.

From Mahatma Gandhi and Winston Churchill, to Martin Luther King and Steve Jobs, there can be as many ways to lead people as there are leaders.

Fortunately, business people and psychologists have developed useful frameworks that describe the main ways that people lead. When you understand these frameworks, you can develop your own approach to leadership, and become a more effective leader as a result.

In this article and video, we’ll highlight some of the common approaches to leadership that you can use. We’ll also look at some specific styles of leadership, and we’ll explore the advantages and disadvantages of each.

Learn how to use a variety of different
frameworks and styles to become a more effective leader.

These frameworks and styles of leadership are based on several different approaches to leadership. You can read more about these approaches in our article on Core Leadership Theories

So, let’s look at some useful approaches – shown mainly in the order they appeared – that you can use to become a more effective leader. Your own, personal approach is likely to be a blend of these, depending on your own preferences, your people’s needs, and the situation you’re in.

Psychologist Kurt Lewin developed his framework in the 1930s, and it provided the foundation of many of the approaches that followed afterwards. He argued that there are three major styles of leadership:

Lewin’s framework is popular and useful, because it encourages managers to be less autocratic than they might instinctively be.

With a people-oriented style, you focus on organizing, supporting, and developing your team members. This participatory style encourages good teamwork and creative collaboration.

With task-oriented leadership, you focus on getting the job done. You define the work and the roles required, put structures in place, and plan, organize, and monitor work.

According to this model, the best style to use is one that has both a high concern for people and a high concern for the task – it argues that you should aim for both, rather than trying to offset one against the other. Clearly, this is an important idea!

You may also have to think about what your team members want and need. This is where Path-Goal Theory

With Path-Goal Theory, you can identify the best leadership approach to use, based on your people’s needs, the task that they’re doing, and the environment that they’re working in.

Daniel Goleman, Richard Boyatzis, and Annie McKee detailed their Six Emotional Leadership Styles  theory in their 2002 book, “Primal Leadership.” The theory highlights the strengths and weaknesses of six common styles – Visionary, Coaching, Affiliative, Democratic, Pacesetting, and Commanding. It also shows how each style can affect the emotions of your team members.

First published in 2007, Flamholtz and Randle’s Leadership Style Matrix shows you the best style to use, based on how capable people are of working autonomously, and how creative or “programmable” the task is.

The matrix is divided into four quadrants – each quadrant identifies two possible styles that will be effective for a given situation, ranging from “autocratic/benevolent autocratic” to “consensus/laissez-faire.”