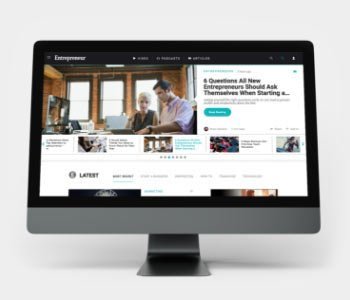 If you’re the type who stops to view every new email, one word: STOP.

by Thomas Smale
Contributor
Founder of FE International
Opinions expressed by Entrepreneur contributors are their own.

There are some days in the life of an entrepreneur when it seems that there aren’t enough hours in the day to get everything that needs doing done. OK, make that more than some.

In light of this fact, the key to being more productive may be not to work harder, but to work smarter. A recent study from Vouchercloud showed that in the course of an eight-hour workday, the average worker studied was productive for only two hours and 53 minutes.

If this sounds like you, how can you make the most of your work time in order to be more productive?

While no one productivity hack is going to make your to-do list go away, there are steps you can take to ensure that you get the most out of your valuable time at work.

Here are four tips to help you schedule a productive workday.

Keeping a to-do list is one way to make sure you stay on track to achieve your goals over both the long and short term. But keeping the goals and tasks you assign yourself realistic and achievable is crucial.

Otherwise, you run the risk of turning your to-do list into “a daily failure list,” Laura Vanderkam, author of 168 Hours: You Have More Time Than You Think, wrote on her blog. “You put stuff on there that you have no intention of doing.”

Consider keeping several to-do lists based on how long each task and goal will take to complete. For example, you might create separate lists for daily, weekly, yearly and life goals. Make sure to break down complex tasks into discrete and achievable steps. I personally covered the principle of achievable lists in an Entrepreneur column on Atul Gawande’s The Checklist Manifesto, and they apply here as well.

Related: To Boost Your Productivity 1,000 Percent, Practice This One Habit Daily for One Year

Whether you prefer to make your to-do lists on paper, or you use one of the many dedicated to-do list apps available, be consistent and keep all your lists in one place.

While it may be tempting to tackle the easiest items on your to-do list first and save the more time-consuming and demanding tasks for later, this strategy can quickly lead to procrastination. Instead, it’s vital that you prioritize the tasks that will bring you the most benefit.

It can be helpful, moreover, to keep in mind the Pareto Principle, more commonly known as the 80/20 rule, when you decide which tasks to tackle first. The 80/20 rule posits that 80 percent of your results come from 20 percent of your work. Use this as a guiding principle to identify which tasks really belong at the top of your to-do list, and don’t let less important items get in the way.

Another effective technique for prioritizing your to-do list is the ABCDE method. Popularized by Brian Tracy in his book Eat That Frog, this method encourages you to categorize your to-do list items based on urgency, as follows:

No matter what method you use to prioritize your tasks, try to focus on the most essential items first rather than simply ticking off less critical tasks because they’re easier to complete.

While many entrepreneurs equate the ability to multitask with success in the modern workplace, studies increasingly show that this thinking is misguided. Attempting to complete multiple disparate tasks at once often leads to none being executed as effectively as they would have been had undivided attention been given to each.

Earl  Miller, a neuroscience professor at MIT, has gone so far as to state that, “Multitasking is not humanly possible,” and that, “people are much more efficient if they monotask.” Miller’s also said that focusing solely on one task fosters creative thinking, as the brain is free to “follow a logical path of associated thoughts and ideas” without distraction.

Culprits in this effort? Social media and email are two of the biggest  when it comes to productivity-killing distractions. If you can’t bring yourself to stop checking your Facebook or Twitter feed, consider using one of the many social media blocker tools, such as Stay Focusd for Chrome or (OFFTIME), which both allow you to set limits on your access to social media and other distracting sites.

If your workflow allows for it, consider allocating specific times of the day for reading and responding to email rather than pouncing on every email notification as it comes in.

Sprint to the finish.

Don’t beat yourself up if you’re unable to focus on one task for hours at a time. It’s human nature to become distracted during periods of intense concentration and focus, according to the journal Science.

Rather than attempting to achieve superhuman focus for extended periods, consider breaking your work day into a series of “sprints,” followed by intentional breaks that you devote to rest or to indulging distractions.

The Pomodoro technique, pioneered by Francesco Cirillo in the early 1990s, advocates working for 25-minute periods of intense focus followed by five-minute breaks. After four 25-minute work periods, individually known as pomodoros, take a longer break of 20 minutes before beginning the cycle again.

The Pomodoro technique encourages short bursts of deep focus and helps build a positive habit of ignoring external distractions, to focus on a specific and important task.

If the Pomodoro technique isn’t for you, at the very minimum consider taking a 10- to 20-minute a break every 90 minutes. Tony Schwartz, author of The Way We Work Isn’t Working, has noted that science has shown this is the maximum amount of time the average person can concentrate on a given task without experiencing diminishing returns.

Getting the most out of your workday doesn’t necessarily mean working longer hours. So, objectively evaluate the way you work, identify areas where you can see room for improvement, and take deliberate steps to optimize your efforts.

Utilizing to-do lists effectively, prioritizing your tasks, monotasking instead of multitasking and employing the use of “sprints” can all serve to help you get the most out of the hours you invest in your work.