How to Cultivate Gratitude, Compassion, and Pride on Your Team 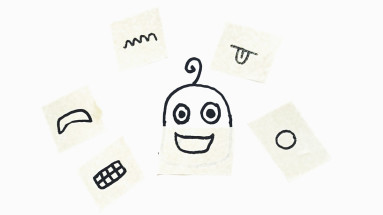 Grit is not enough.

Source: How to Cultivate Gratitude, Compassion, and Pride on Your Team

As a leader, what traits should you cultivate in your employees? Grit – the ability to persevere in the face of challenges? Sure. A willingness to accept some sacrifices and work hard toward a successful future are essential for the members of any team. But I believe there’s another component that matters just as much: grace. I don’t mean the ability to move elegantly or anything religious. Rather, I mean qualities of decency, respect, and generosity, all of which mark a person as someone with whom others want to cooperate.

Consider the results of Google’s Project Oxygen, a multiyear research initiative designed to identify the manager qualities that enhanced a team’s success. What they found is that yes, driving a team to be productive and results-oriented mattered, but so did being even-keeled, making times for one-on-one meetings, working with a team in the trenches to solve problems, and taking an interest in employees’ social lives. In fact, these “character” qualities outranked sheer drive and technical expertise when it came to predicting success.

This makes sense. Innovation typically requires team effort. Expertise has to be combined to solve problems, necessitating cooperation. And cooperation requires a willingness to share credit and support one another as opposed to always striving to take credit for oneself.

So as a manager, what’s the best way to instill grit and grace in your team? My research shows that it’s about cultivating three specific emotions: gratitude, compassion, and pride.

These three emotions not only increase patience and perseverance, but also build social bonds. For most of human evolutionary history, the ability to succeed rested almost entirely on the ability to form relationships. People needed to be honest, fair, and diligent — qualities that required a willingness to inhibit selfish desires to profit at the expense of others. And it was moral emotions like gratitude, compassion, and an authentic pride that motivated these actions. For example, research has shown that when people feel grateful, they’re willing to devote more effort to help others, to be loyal even at a cost to themselves, and to split profits equally with partners rather than take more money for themselves. When they feel compassion, they’re willing to devote time, effort, and money to aid others. And when they feel proud – an authentic pride based on their abilities as opposed to a hubristic one – they’ll work harder to help colleagues solve problems. And all of these behaviors draw others to us. People who express gratitude, compassion, and pride are viewed positively by those around them.

These emotions also build grit. They increase the value people place on future goals relative to present ones, and thereby pave the way to perseverance. Work from my lab, for example, shows that people induced to feel grateful show double the patience when it comes to financial rewards. They’re twice as willing to forgo an immediate smaller profit so that they can invest it for a longer-term gain. In a similar vein, people made to feel pride or compassion are willing to persevere more than 30% longer on challenging tasks compared to those feeling other positive emotions, such as happiness, precisely because pride and compassion induce them to place greater value on future rewards.

You and Your Team Series

Unlike using willpower to keep your nose to the grindstone, using these emotions also helps solve an increasingly common problem of professional life: loneliness. Today, loneliness has become an epidemic in the U.S., with 53% of American workers regularly reporting feeling isolated in their public lives—an immense problem given the toll loneliness takes on the both physical and mental health. Regularly feeling gratitude, compassion, and pride—because these emotions automatically make people behave in more communal and supportive ways—builds social connections. For example, people assigned to engage in simple interventions to feel and express gratitude show enhanced feelings of social connection and relationship satisfaction over time.

Because of the connection between these emotions and grit and social connection, managers who cultivate gratitude, compassion, and pride in their team will see increased productivity and wellbeing of their workers. As one example, Adam Grant and Francesca Gino examined perseverance in an environment that is rife with more rejection than almost any other: fundraising. Over a two-week period, they recorded the number of calls fundraisers made in an effort to solicit donations for a university. Between the first and second week, however, half of the fundraisers received a visit from the university’s director of annual giving, during which she expressed her appreciation for their work. To get a sense of how this expression of gratitude affected the fundraisers, Gino and Grant had them report how valued and appreciated they felt by their superiors.

Whereas the average performance of both groups had been virtually the same during the first week of the study, those who had heard the grateful message upped their fundraising efforts by 50% during the second week. What’s particularly interesting here is the way the benefits of gratitude and pride can feed off one another. In another study on fundraisers, Grant and Amy Wrzesniewski found that the gratitude managers expressed toward their employees stoked the employees’ pride, which in turn, bolstered their efforts.

Compassion, too, builds dedication. Surveying over 200 people working in different units within a large long-term care facility, Sigal Barsade and Mandy O’Neil found that those who worked in units characterized by higher feelings of social attachment, trust, acceptance, and support—a composite that could easily be called empathy and compassion—not only showed superior performance and engagement, but also increased work satisfaction, less exhaustion, and lower absenteeism.

Gratitude, compassion, and pride make us more willing to cooperate with and invest in others. But because they accomplish this feat by increasing the value the mind places on future gains, they also nudge us to invest in our own futures. In so doing, they make both teams, and the individuals who comprise them, more successful and resilient.