How To Write a Press Release, with Examples 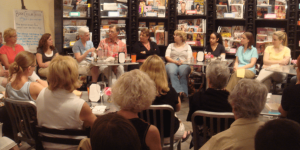 A press release is the quickest and easiest way to get free publicity. Here are the secret rules to make sure that your message gets through to your prospects.

Source: How To Write a Press Release, with Examples

A press release is the quickest and easiest way to get free publicity. If well written, a press release can result in multiple published articles about your firm and its products. And that can mean new prospects contacting you asking you to sell to them. Talk about low-hanging fruit!

What’s more, press releases are cost effective. If the release results in an article that (for instance) appears to recommend your firm or your product, that article is more likely to drive prospects to contact you than a comparable paid advertisement.

However, most press releases never accomplish that. Most press releases are just spray and pray. Nobody reads them, least of all the reporters and editors for whom they’re intended. Worst case, a badly-written press release simply makes your firm look clueless and stupid.

For example, a while back I received a press release containing the following sentence: “Release 6.0 doubles the level of functionality available, providing organizations of all sizes with a fast-to-deploy, highly robust, and easy-to-use solution to better acquire, retain, and serve customers.”

Translation: “The new release does more stuff.” Why the extra verbiage? As I explained in the post “Why Marketers Speak Biz Blab“, the BS words are simply a way to try to make something unimportant seem important. And, let’s face it, a 6.0 release of a product probably isn’t all that important.

As a reporter, my immediate response to that press release was that it’s not important because it expended an entire sentence saying absolutely nothing. And I assumed (probably rightly) that the company’s marketing team was a bunch of idiots.

With that in mind, here are five rules to make sure that your press release actually drives prospects to contact you:

If all that sounds too difficult, you may want to spend the extra money to get a reporter to write the press release. Any good reporter will make the release look like a story, which means it’s more likely to be picked up and republished. Luckily there are plenty out-of-work reporters out there right now.

What follows are three examples, pretty much picked randomly, which show how it’s done. The first two have a little biz-blab in them, but are still reasonably effective. The third one (from Microsoft) is an excellent example of how to write a press release that will intrigue reporters and editors.

Apple Launches Online Store in ChinaCUPERTINO, California-October 26, 2010-AppleÂ® today introduced the Apple StoreÂ® in China (apple.com.cn), the easiest way to shop online for Apple products including the revolutionary iPhoneÂ® 4 and the magical iPadTM. Apple’s online store in China features free shipping, free personalized engraving on any iPodÂ® or iPad, and the ability to custom configure any MacÂ® with just a few clicks. The online Apple Store also offers a wide selection of third-party products and is the only place online to buy the iPod nanoÂ® (PRODUCT) RED.

“We are thrilled to open our newest online store in China,” said Tim Cook, Apple’s COO. “With personalized engraving, configure-to-order options and free shipping on everything, the Apple Store is a great destination for our customers in China.”

Just in time for the holiday shopping season, signature gift wrap is available with the purchase of most Apple products including iPod, iPad and iPhone. The online Apple Store also lets eligible students and faculty members take advantage of special education pricing on Apple products.

Also starting today, customers in China can access Apple’s legendaryApp Storeâ„ in Simplified Chinese, with localized featured apps and charts of the most popular paid and free apps in China. The App Store offers iPhone, iPad and iPod touch users access to the world’s largest catalog of apps with over 300,000 apps in 20 categories including games, business, news, sports, health, reference and travel.

Apple designs Macs, the best personal computers in the world, along with OS X, iLife, iWork, and professional software. Apple leads the digital music revolution with its iPods and iTunes online store. Apple is reinventing the mobile phone with its revolutionary iPhone and App Store, and has recently introduced its magical iPad which is defining the future of mobile media and computing devices.

My comment: Pretty good for a high tech press release. However, I’ve boldfaced the nonsense words which attempt to create excitement but which actually fall flat. What would have made this release stronger would be some reason for the reader to care. For example, if they’d positioned this as something fitting into a larger trend about buying high tech in China, they would have gotten far more coverage.

“The Sharpie Liquid Pencil is a game changer in the back-to-school shopping aisle,” said Sally Grimes, Vice President of Marketing for Newell Rubbermaid’s Markers, Highlighters, Art & Organization global business unit. “It solves the No. 1 consumer dissatisfaction with mechanical pencils – breaking leads – while also giving users the added confidence of stronger, darker lines that stand the test of time, plus the ability to erase and edit as they go.”

Sharpie Liquid Pencil features a line width comparable to a No. 2 traditional or mechanical pencil but there is no lead to break, never a need to sharpen and it won’t smudge or smear. The unique pressurized liquid graphite was especially designed to write on paper and is erasable for up to three days, after which it becomes more permanent. Suggested retail price is $1.99 for a single pack and $3.99 for the double pack, each with eraser refills. Both are available wherever office products are sold beginning in September.

The Sharpie Liquid Pencil joins the Sharpie Pen as the brand further expands from permanent markers into near-neighbor categories. The Sharpie Pen doesn’t bleed through paper and is perfect for everyday writing.

My comment: Again, not too bad, but it still has some biz-blab, which I’ve boldfaced. Eliminate the biz-blab and you’ve got a fairly interesting little story. BTW, note how well this press release dovetails with the branding philosophy propounded by Newell Rubbermaid’s head of global sales in the post “Interview with a Sales Superstar.”

Windows Phone 7 Goes on Sale in the United States; Is There Hope for People in Need of Better Phone Behavior?New study shows 72 percent of U.S. adults surveyed identified bad mobile phone behavior as one of their top pet peeves, but only 18 percent admit to engaging in it.

REDMOND, Wash. – Nov. 8, 2010 – As Windows Phone 7 goes on sale in AT&T and T-Mobile USA stores across the United States, Microsoft Corp. has commissioned and released the findings of a recent Harris InteractiveÂ® survey showing the surprising ways mobile phones have become a part of the fabric of Americans’ lifestyles – a point illustrated by the fact that 55 percent of all phone owners surveyed age 18-35 have used their phone in a bathroom. To commemorate the U.S. launch of Windows Phone 7, Microsoft is challenging consumers to get a grip on their mobile phone habits.

Although consumers love their phones, there is growing annoyance with the distracted behaviors people exhibit while their heads are buried in their phones. Most U.S. adults indicate they have witnessed examples of bad mobile phone behavior, yet relatively few have admitted to engaging in such behavior themselves. Key findings from the study show the following from the surveyed adults:

Seventy-two percent identified bad mobile phone behavior as one of their top 10 pet peeves, but only 18 percent of mobile phone owners admit they are guilty of displaying such behavior.

Nineteen percent of phone owners between the ages of 18 and 24 have dropped their phone in a toilet.

Forty-nine percent of adults between the ages of 18 and 24 have tripped or walked into something while walking and texting or e-mailing on their mobile phone.

Sixty-nine percent of mobile phone users between the ages of 18 and 34 have used their phone while in bed.

The new Windows Phones offer a different kind of phone experience designed to get users in, out and back to life. With Windows Phone, Microsoft set out to design a mobile experience that would bring the things people care about most right to the start screen. In doing so, Windows Phone combines basic everyday tasks – tasks associated with e-mail or activities related to taking and sharing pictures – so people can do more in fewer steps.

My comment: This is more like it. The release (which came with a bunch of print-ready and web-ready photos of the launch) is packaged as a story about how people use phones and then positions a Microsoft product as part of the solution. It’s very close to what a reporter would write because it’s a real story, not just “we’ve got something new to sell” information. Also note the absence of biz blab. (I’ll bet that a reporter wrote this release.)

That’s about it for press releases, at least for now. If you like, I can do some rewrites in a future post.